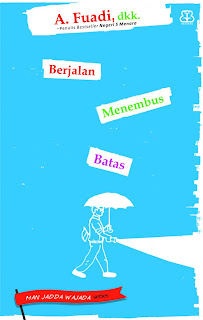 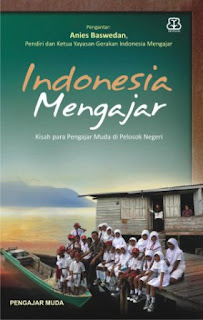 The title above was inspired by Sansan’s experience (p. 374). At the beginning, her daughter was normal. Then, she was infected by a certain virus. Suddenly, her beloved baby became deaf.

However, Sansan was not giving up. She even brought Gwen (her baby’s name) to Australia. Sansan was forced to be apart from her husband. Therefore, she became a single mother. She continued study to pursue S2 (Master) degree.

Sansan took Special Education subject. A faculty in which studying the education for children with special need. Sansan was very discipline in managing time. How to go to college, work on the task given by the lecturers, complete the household duties, and of course take care Gwen.

Based on her experiences, she wrote an inspiring book, I Can (Not) Hear. Sansan shared her knowledge to public. Especially, how to facilitate the learning process of children with special need. Therefore, future generation can achieve an equal opportunity in education.

From the true story above, Sidik Nugroho wanted to say one message. Sacrifice, effort, gratitude, and submission must be in a balance. Since, people tend to be passive in dealing with life’s challenges.

They avoid to work hard because of an old saying, “… everything has already destined by God”. Yet, this is just an excuse to hide her/his laziness.

This book also appealed the readers to shift point of view. Once upon a time, a young teenager felt his life was nothing. Perhaps, he had rejected by a girl. In the midst of desperation, he went to meet a spiritual mentor.

The wise man listened to the pupil. After the boy satisfied outpouring his feeling, then it’s time for the master to speak up, “Son, please bring me a spoonful of salt. Then, mix them into a glass of water and drink it!”

This boy obeyed the instruction. “How does it taste?” The master asked. “Piuuuh! It’s very salty!“ the student replied while spouted the water out from his mouth.

After that, the master traveled with the student to the edge of a very vast lake. The water was so clear and fresh. The master asked the pupil again, “Please dissolve a spoonful of salt into the lake and stir it with a bamboo. Then, drink a cup of water from the lake!”

“The water is so fresh. It’s not salty at all,” the student answered with bright shinning eyes.

Through this simple story (p. 232)”, Nugroho told the reader to have a heart as wide as a lake. Because people who have a narrow one, every little thing shall cause stress and depression within him/her.

Porong citizens’ spirit can be a role model. Although since May 2006 they has not accept any compensations yet, they still persisted to survive. Moreover, they even become more creative.

Those victims transformed mud disaster – which was flooded 10,000 homes, dozens plants, as well as schools building from elementary to high school – into a tourism venue. Many tourists from all over Indonesia, even foreign country flocked to see this giant mudflow (p. 281).

It is similar with the community at the slopes of Merapi Mountain, Yogyakarta. They made the house of Mbah Maridjan (RIP) in Kinahrejo village as a place of pilgrimage.

Hopefully, these grass roots’ initiatives reminded the officials to fulfill the promise. By substituting all dead cows and cattle. Building some temporary shelters and setting up permanent residence for those people.

The book also told a romantic story. Every morning, Mbah Khatijah presented a cup of hot tea. Her husband’s name is Mbah Setyowikromo. He worked as a charcoal seller. Both of them lived in the hamlet at Suko village. It was 40 km from Gudeg City. The income in average is IDR 2,000 – 5,000/day. This profession has been occupied since the Dutch era.

Interestingly, when selling charcoal in the Gudeg City, Mbah Setyowikromo has never bought any food. Indeed, he only ate once – it was always his wife own cooking  - usually in the evening.

The wife sold some teak leaves (daun jati) in the traditional market. With this kind of modest life, they could save money in a bamboo. Therefore, when there was a neighbor who conducted a celebration, they can give an envelope containing IDR 20,000 – 25,000-. “We do not want to eat food if has not paid yet,” said Mbah Khatijah (p. 161).

Through this true story, the author told the readers to reflect themselves. A person’s dignity is not only determined by his/her wealth and fame. It depended on every drop of sweat to gain the bliss of life.

Nowadays, a lot of government officers and the legislative members gaining money by unconventional (read: corruption) way. Indeed, hard work and honesty are two universal formulas to be successful. There are no shortcuts by robbing people’s budget.

Sidik Nugroho wrote the book in relatively long period, from 2003-2011 (8 years). It was consisted of 366 reflections. Just like a hunger healers menu, one day for one reflection. Therefore, it can be consumed for a full year. The sources were very diverse. For examples, from books, movies, interaction in the class, until an encounter with a madman in a coffee shop.

There is an inspiring story taken from a biography of Stephen King’s: On Writing. As a child, he has been able to write a story. It was about Mr. Rabbit Trick. This main character became a leader of 4 magical animals. Every day, they work providing assistance to children in the small village.

Stephen, then, gave the manuscript to his mother. The mother was very impressed. She was encouraging him with some payment. She paid 25 cents for every story that was written by little King. Of course, this increases her son motivation to keep on writing.

In a short time, he wrote 4 more stories. Those had same main character. “Four stories, 25 cents for each. That is my 1st reward in this business,” Stephen King admitted in his memoirs (p. 107).

Indeed, King’s mother did not only teach his son about mercenary. According to Sidik, Stephen was very lucky. Since, his mother appreciated his efforts and creativity from very early age.

The author classified the material according to the key events. For example, some educational writings, he put in May. Due the celebration of National Education Day (2 May). While the material about Love, of course in February. Then, the theme of Nationalism at August (17).

Sukarno was arrested by the Dutch at 1929. Because of the speeches of Bung Karno which was considered very dangerous. While this head of PNI (Indonesian National Party) stood in front of the people, he could anesthetized the audiences as well awakened the spirit to achieve independence.

No wonder if this Indonesian 1st President was called the Podium’s Lion. While arresting in the jail, Bung Karno kept on fighting. The mediums were some papers and a single pen. He wrote a pledge for one and a half months.

Pad of the paper where he wrote was a potty. Yes, it was a disposal for urine and feces. Later, the hand written was compiled as a book. The title is Indonesia Menggugat or Indonesia Protesting (p. 235).

Ready to Win, Ready to Lose

As an elementary school teacher at SD Pembangunan Jaya 2 Sidoarjo, Sidik Nugroho has a lot of experiences while interacting with his students. He also shared an inspiring story.

After the teaching session, the authors often conducted a quiz. From guessing the song’s title – by referring to the tunes which was played with a guitar – until a quiz related to the material that was given previously.

Indeed, it was similar with the adults; children were also not ready to accept the defeat. Even, some of them were crying aloud when his/her group was lost. The solution was by writing, “Ready to Win, Ready to Lose!” on the blackboard.

Therefore, at the end of every quiz, the teacher pointed to the front of the class. All students shouted together – both the losing and winning sides – reading the previous agreement.

One weakness of this book was the lack of table of content. Therefore, the reader is rather difficult to find a particular reflection.

Nevertheless, this 384 pages book can be an oasis in the middle of the routines’ desert. I can not agree more with Nugroho Sidik’s opinion, “One of the reasons to keep our spirit up in this life is by awaking a beautiful memory.” Happy reading! 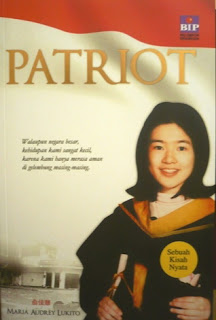 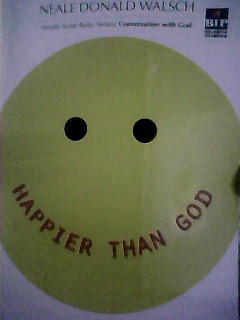 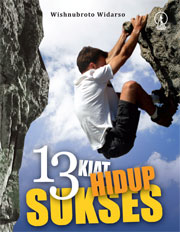 ALLVOICES, From Local to Global News